Looking at Google IO’s website (mostly with info for last year, so this is admittedly dated) I noticed an easter egg of sorts, a pretty Javascript application mysteriously titled “/experiment”. The first thing you notice is the fact you can click on the I’s and the O’s. The next is that your inputs are tracked on the bottom of the screen. And then you noticed that there are right inputs and wrong inputs. 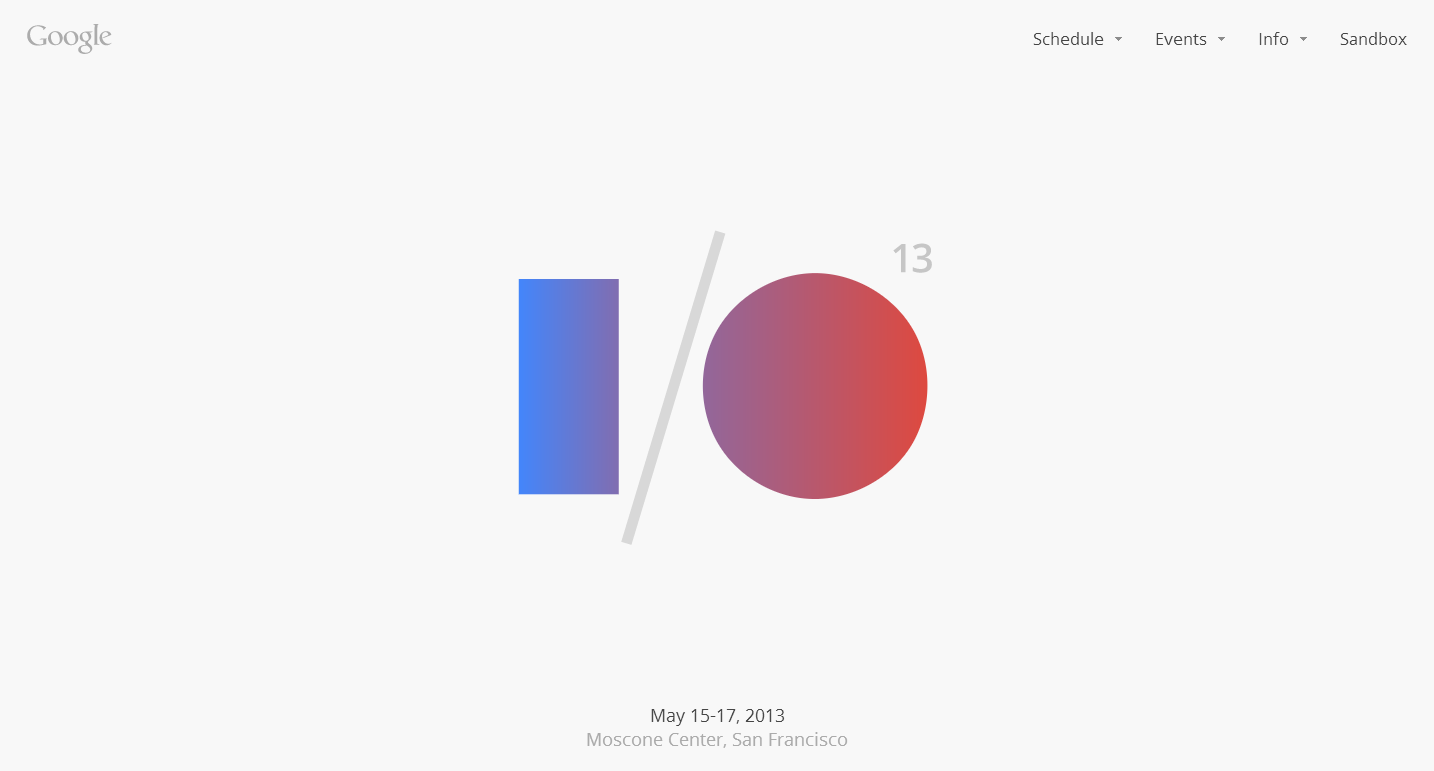 So naturally I play around a bit, finding two combinations: 01010011, which yields a pixelated version of the IO logo and is named eight-bit according to the url. Next I found 10001000, which shows the “synth” module.

I google a binary-to-text convert and found that these represented some interesting values — the convert return HTML special character codes — nor did they seem particularly relevant. 0101001 yields “S”, whereas 10001000 yields “ˆ”, a circumflex (hooray for new words).

Naturally, I had to know more. I creatively googled “google io experiment” and found the GitHub page. Yay open source! Using GitHub’s search bar, I plugged in the first number set (01010011) and found a list of all possible combinations. (Conveniently commented in, too, I might add. Else I might’ve never found them :3). Some of the inputs appear to not be accepted (notably 10101010, reportedly the “metaball” mode, and 10010110, the “donut” mode, and a few look as if they might have minor bugs (mentioned in the comments for the first batch, lines 65-69, plus I noticed some visual effects in Eight Bit), but the rest appear to be in working order. My favorite one is SpaceMode, 00101010.